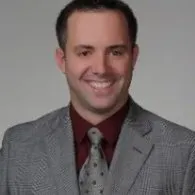 Dustin M. Davis was appointed as the part-time Magistrate of the Darke County Probate/Juvenile Court in May 2022.

Dustin was born and raised in Piqua, Ohio. After graduating from Piqua High School, he attended Ohio University, where he majored in Political Science. Upon completion of his undergraduate studies, he attended Thomas M. Cooley School of Law, where he concentrated in Business Transactions. After law school, he interned with the Montgomery County Public Defender’s Office before taking his first job at Thomas J. Buecker Co., LPA, which became Buecker Davis & Gunter Co. LPA in 2015. He was also an Assistant Public Defender in Shelby County from 2015-2022 handling Felony Criminal Cases.

Dustin has been involved in an array of service organizations throughout Darke, Shelby, and Miami Counties. He currently resides in Fort Loramie with his wife and children.”